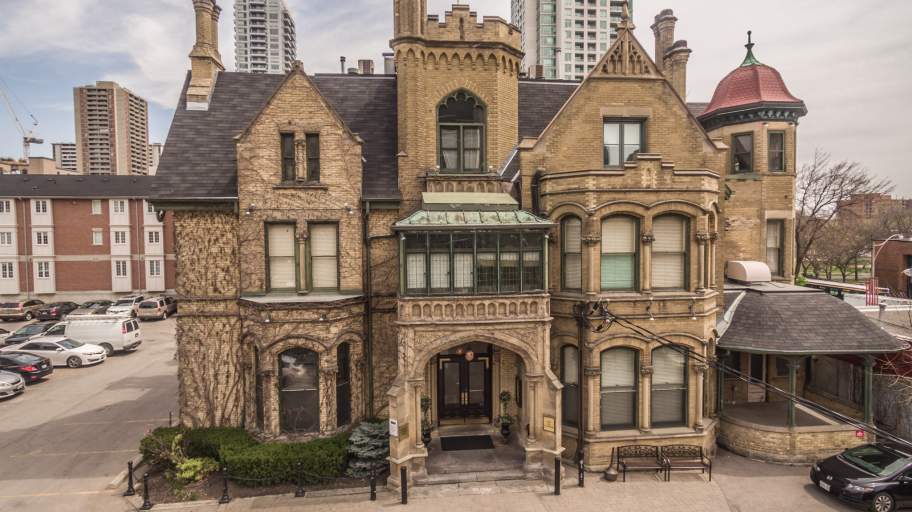 Send to a Friend

This property is currently leased by The Keg (more info here).

515-519 Jarvis street is home to the landmark Keg Mansion Restaurant as well as the Massey Family Mansion, providing locational prominence as a destination area for local Torontarians and visitors to the City. At approximately 1.17 acres of land area (~51,000 square feet), the Property is highly efficient for high rise redevelopment with 250 feet of frontage along Jarvis Street and a depth of 200 feet. Exceptional local amenities abound, including close proximity to world-class retail, restaurants and entertainment as well as the hospital and university networks in downtown Toronto. In terms of transit connectivity, the TTC Wellesley Subway Station on the Yonge-University Subway Line is situated just two blocks to the west of the property and there is near-direct access to the 94 Wellesley bus provided along Wellesley Street East, at Jarvis Street.

The Property straddles the Downtown Core and Bloor-Yorkville Condominium nodes which continue to demonstrate among the strongest fundamental market activity across the GTA. Given the location and abundance of amenities, this particular area in Toronto commands significant office, retail, and condominium pricing premiums.

The Keg Mansion, located at 515 Jarvis Street, is located in a heritage building known as Euclid Hall. The mansion's facade exudes a sense of elegant sophistication; the high arches surrounding its windows, doors, and walkways, as well as the intricate stonework, and crisp edges of the building's exterior add an exciting sense of occasion to everyday use of the building. Inside, the mansion consists of numerous beautiful rooms equipped with chandeliers, fireplaces, and intricate crown molding resulting in a truly unique and luxurious building. The remarkable appearance of the Keg Mansion has helped it become one of Toronto's landmark restaurant locations, offering patrons a unique dining experience for decades.

Built in 1867 for A.M. McMaster, 515 Jarvis Street is a striking reminder of Toronto's storied past. 'The Mansion' has been home to several famous Canadians including Hart Massey – founder of Massey Ferguson farm machinery – and his movie-star son, Raymond Massey.

The building is known as one of the most haunted in Toronto and was featured in a CBC TV special called "Hauntings." It's beautifully preserved Gothic settings have made it a popular location for films; nine productions have been filmed at The Mansion including segments of Alfred Hitchcock Presents and Moonstruck.